As global warming, bushfires and water shortages become more a part of our lives, it is becoming increasingly beholden on us all to act in an environmentally responsible manner. If you are planning to build a new home, or upgrade your current home, then you have the opportunity to play a key role in correcting these major problems.

In NSW, all new houses have to comply with BASIX, which mandates water and energy efficiency, and other states have similar policies.

Other options are available such as grey water recycling, solar voltaics and solar water heating etc.

Rainwater tanks are compulsory in NSW for all new dwellings, and many of my clients choose water tanks larger than the minimum required, to achieve a high level of self – sufficiency. On the east coast of Australia, 20kl of water storage will typically provide more than 90% of your daily needs. It is also mandatory to specify low water use fittings and appliances (eg dishwasher) throughout the house.

The first step in this process is to design the house to be as energy efficient as possible, using passive solar design principals. North facing windows, particularly in the living areas, appropriate eaves overhangs, thermal mass , cross flow ventilation and insulation to the walls and roof all play their part in this equation. Thermally efficient glazing reduces heat loss in winter, thus minimising your carbon footprint and energy bills.

The second step is to select low energy usage appliances as this plays a major role in reducing energy consumption.

Australian household are installing solar panels at the fastest rate per capita in the world, so well done us. The biggest issue with solar generated electricity is storing the energy as it only available during the day, whereas peak demand is obviously at night. The solution to this is to use the existing grid as a virtual battery by feeding power into it during the day (the meter runs backwards during this process), and then drawing on the grid at night when needed.

Your energy company will pay you a feed in tariff to reduce your bill.

Living With An Electric Car 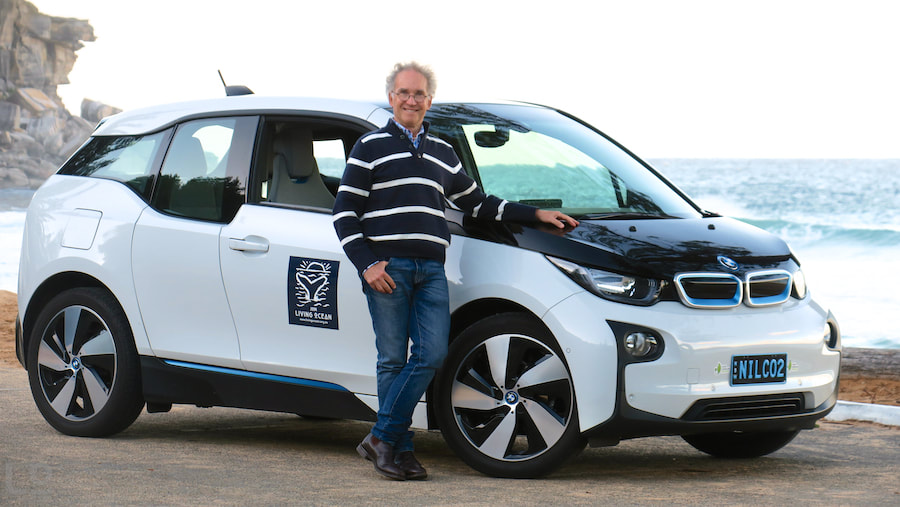 In May 2018 I was in the market for a compact modern hatchback for zapping around Sydney, and on an impulse test drove a 2015 BMW i3 with 26,000 k’s on the clock. About 100m into the drive, I was hooked and ended up buying it. This is the effect it has on every passenger or driver due to the effortless and silent power. It feels like the future, and the longer I own it, the more the idea of burning fossil fuel seems like the past.

Since then I have been doing about 1200 k’s per month at a total monthly cost in electricity of about $40, charging exclusively from a standard 240v power point in my garage.

The range is about 120k which rules it out for long trips, but it handles every journey I ever want to do within the Sydney metro including to the airport and back from my home in Avalon.

The 2019 version now has more than double the range which gives an indication about how quickly battery technology is improving.

One of the advantages of EV’s is their simplicity. The motor has one moving part, and the one speed gear box has only a few, so the total is small compared to the hundreds in the typical modern ICE ( internal combustion engine ) drivetrain.

And the brakes don’t get used much as lifting off will slow the car to a complete stop while recharging the battery, so the energy that is usually wasted as heat extends the range instead.

All of this is reflected in the running costs which are significantly less. My i3 recently had an annual service, and all that it needed was new brake fluid, and a window washer bottle top up.

The main appeal of EV’s is zero emissions, but you can’t brag about that if you are using coal fired electricity, so I have had solar panels installed, supplemented by Power Shop which provides 100 % renewable energy.

And the factory where they are made in Germany also runs on 100% renewable energy, so bragging rights are preserved.

This is the second age of electric cars as they dominated car sales in the early 1900’s competing against petrol and steam power. In New York alone there were 15,000 EVs running around and charging stations throughout the city. 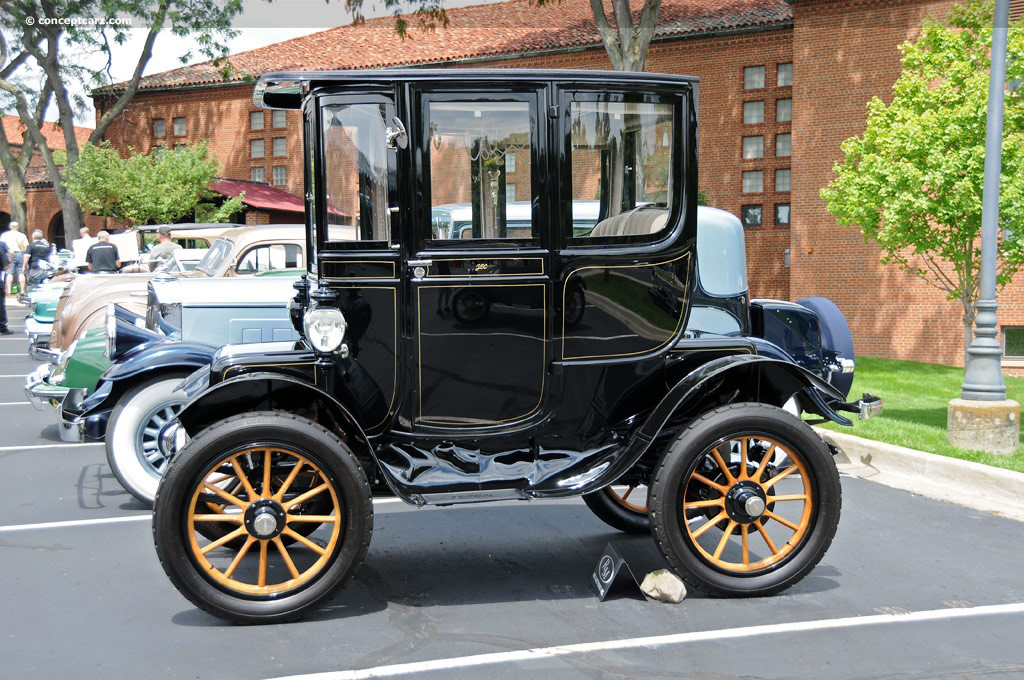 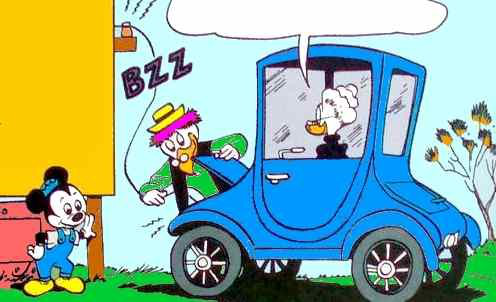 Even Grandma Duck had one !

At one stage Henry Ford and Thomas Edison teamed up to form the Electric Car Company, but petrol took over once the US government started building roads to connect the major cities.

Speaking of driving between major cities, in December 2018 I drove from Munich to Nice with my son in his Tesla model S which is about 1000 k’s. We did not attempt to maximise the range, and hit 200 a few times on the snowy autobahn, but charging did not add any time to the trip as we topped up at Telsa fast charging stations at mid – morning , lunch and mid – afternoon. In each case we did not stop any longer than we would have in an ICE vehicle.

The i3’s battery is warranted for 8 years, but overseas experience is showing that the batteries are lasting a lot longer than anyone expected. I read a prediction recently that the battery in my car should be good for 20 years or 800,000 k’s, but I haven’t researched that thoroughly yet. End of life is defined as a 20% drop in charging capacity, so the battery will probably last longer than me.

At present EV’s are much more expensive the ICE vehicles, but that will change rapidly. For example, the VW group are planning on releasing lots new EV’s between now and 2025 in every category ( including a super cool Kombi ), and their stated aim is to sell them at the same price as the ICE equivalent.

Every car manufacturer is jumping on board ( including Jaguar ) as most major cities are going to ban ICE cars in the next few years, and EV’s are the only way to meet new emission and economy targets. 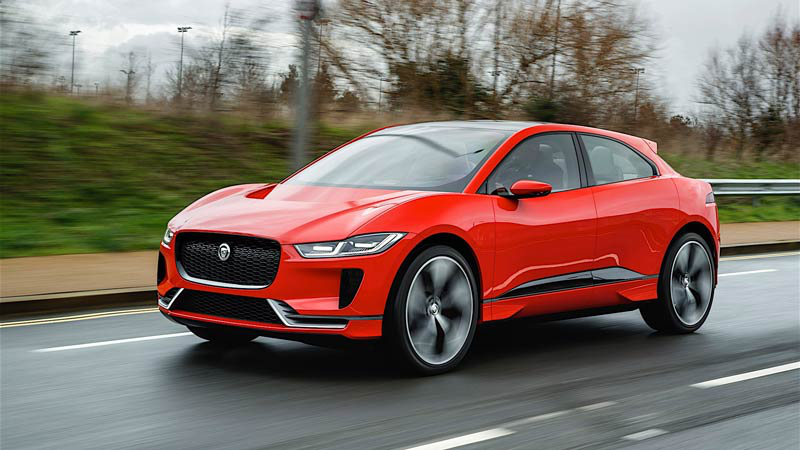 Electric cars are also very efficient, typically using about 25% of the energy of their ICE equivalents per kilometer, and produce 100% power at zero revs, making them much more suitable for driving.

Some may think that EV’s will be boring, but this is the best car I have ever owned including a couple of 911’s.

The future is fast, silent and sustainable ! 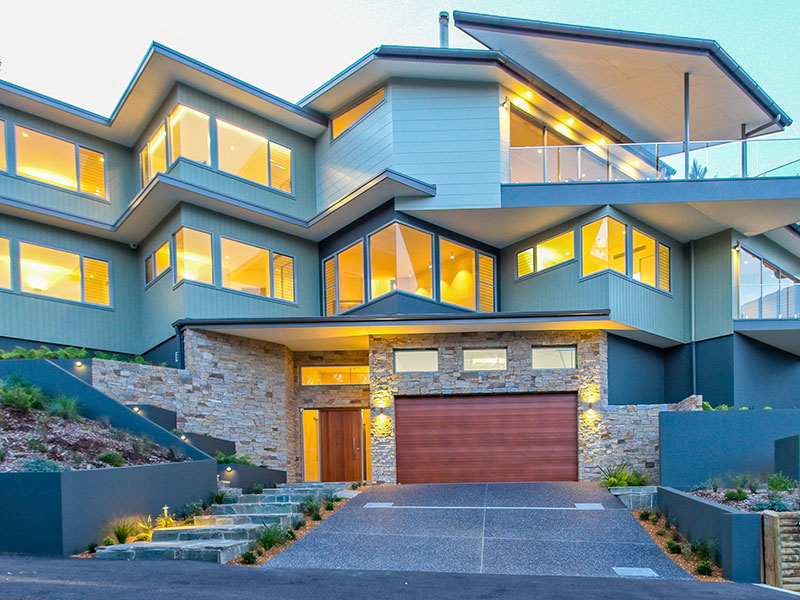 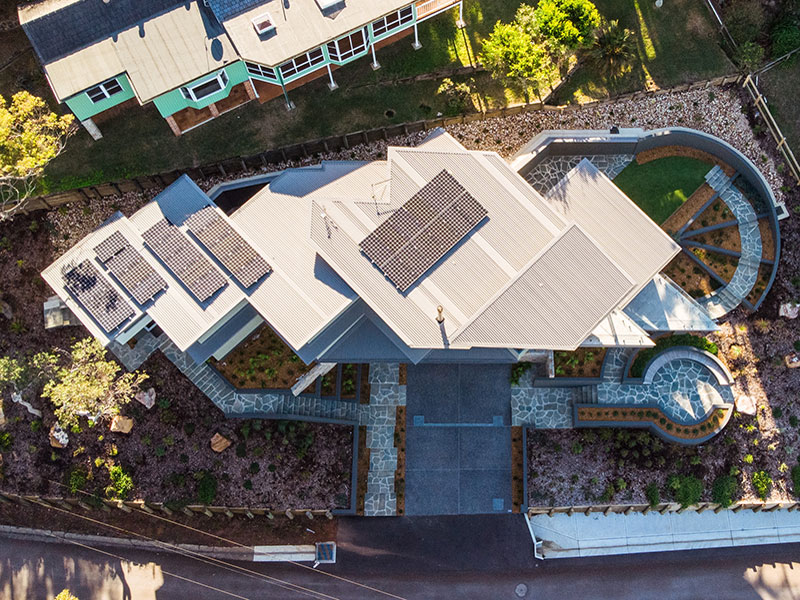 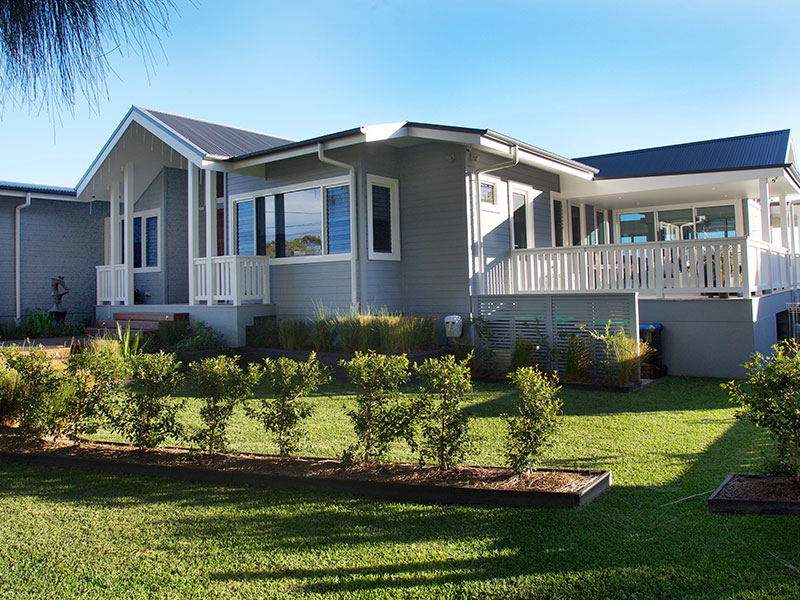 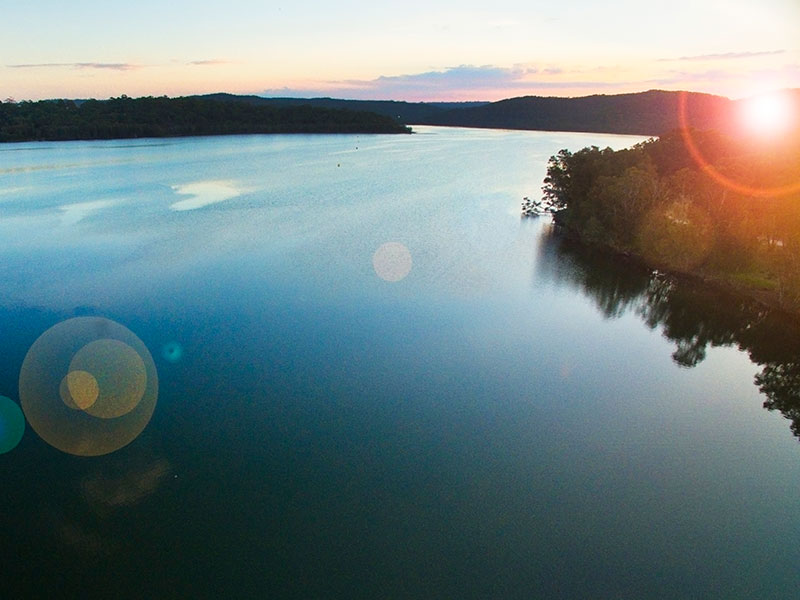 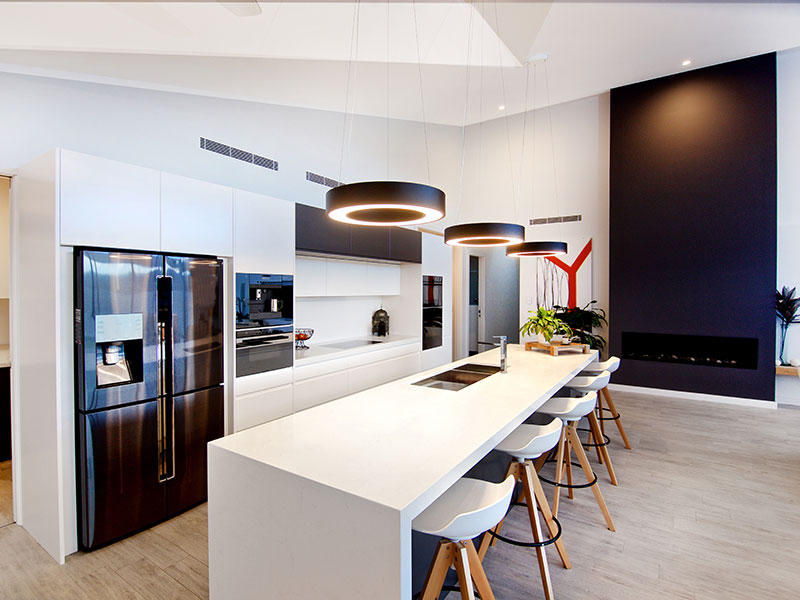 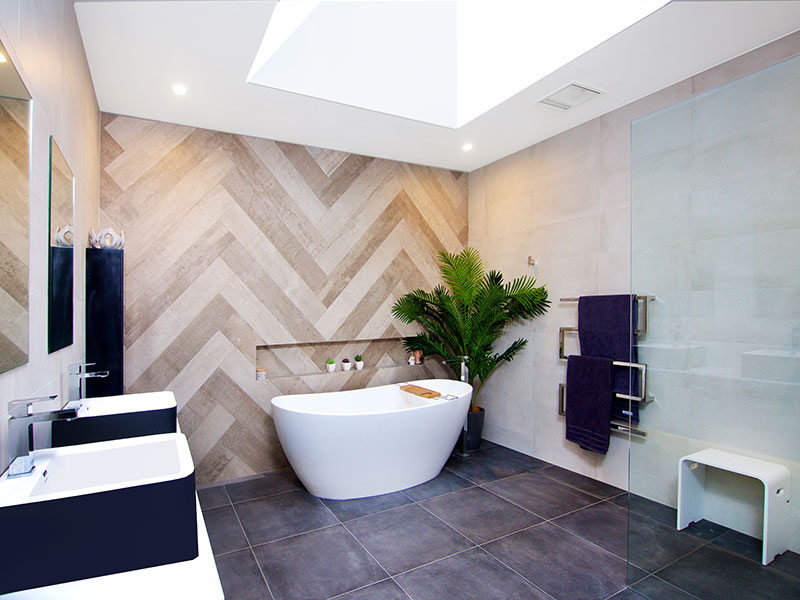 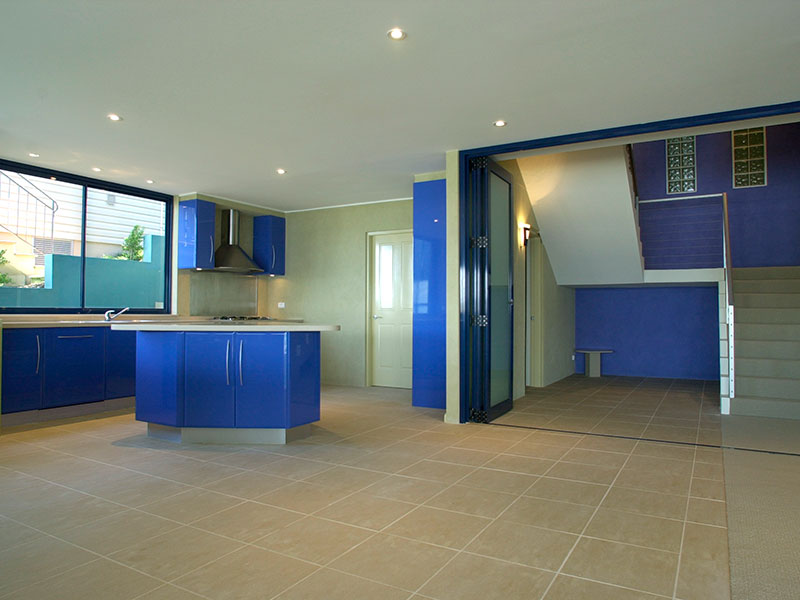 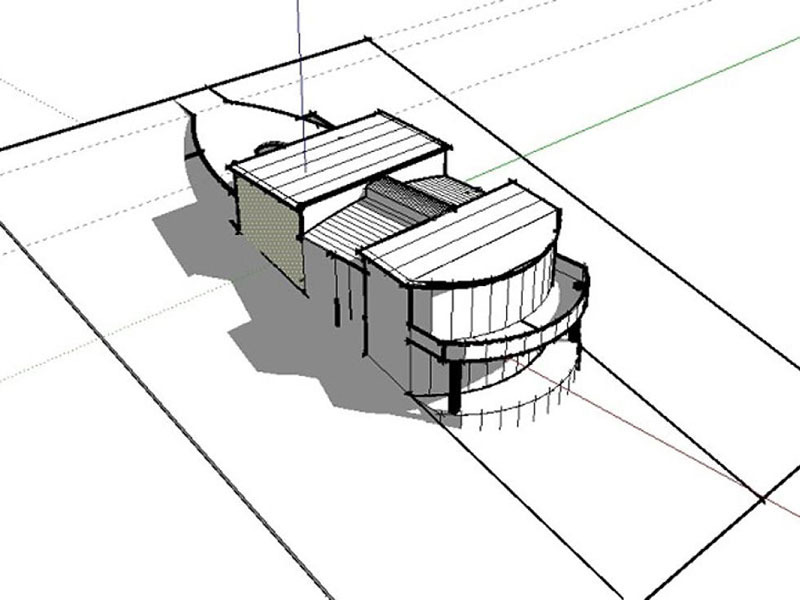 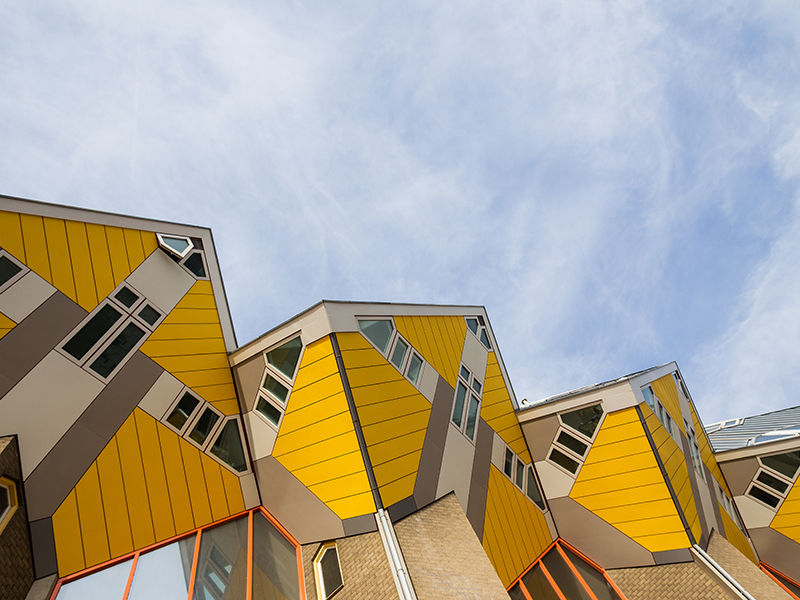 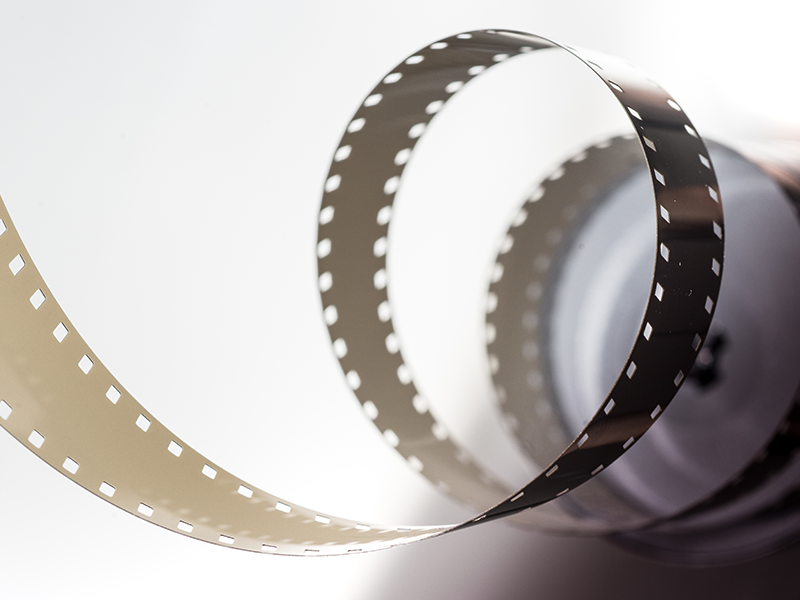 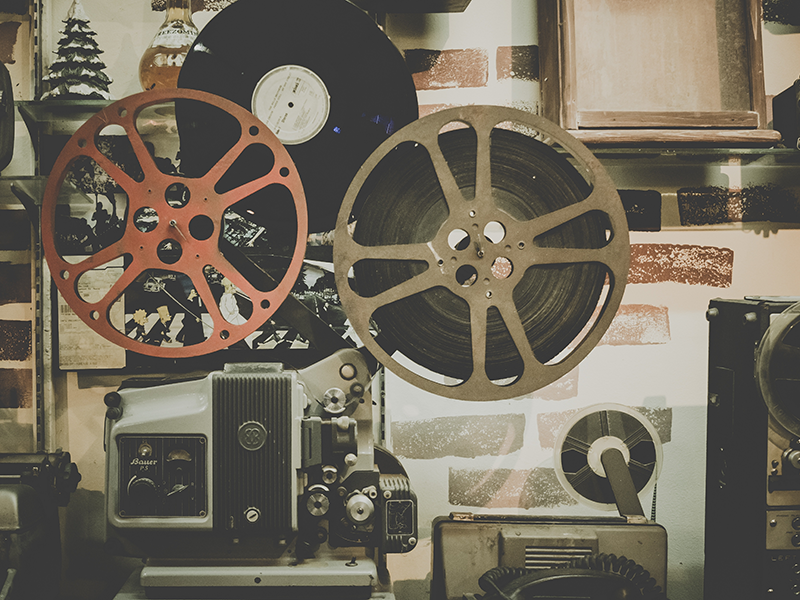 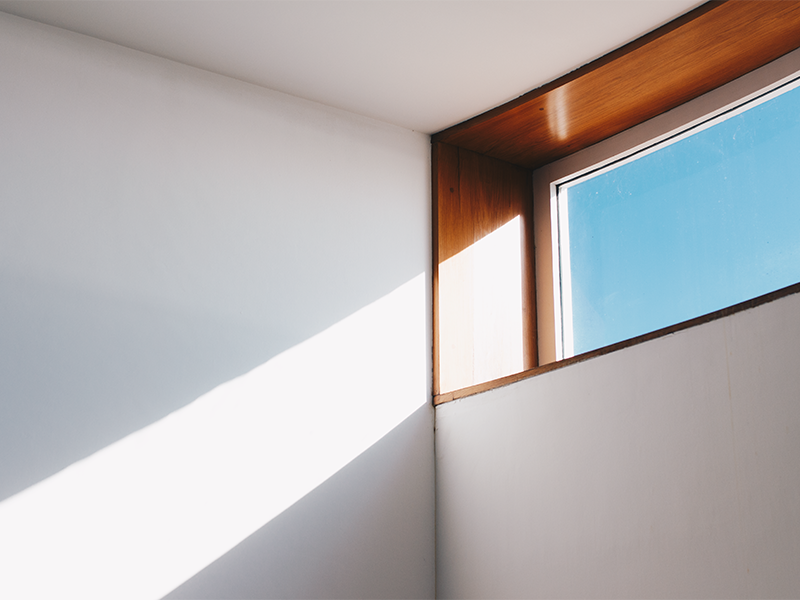 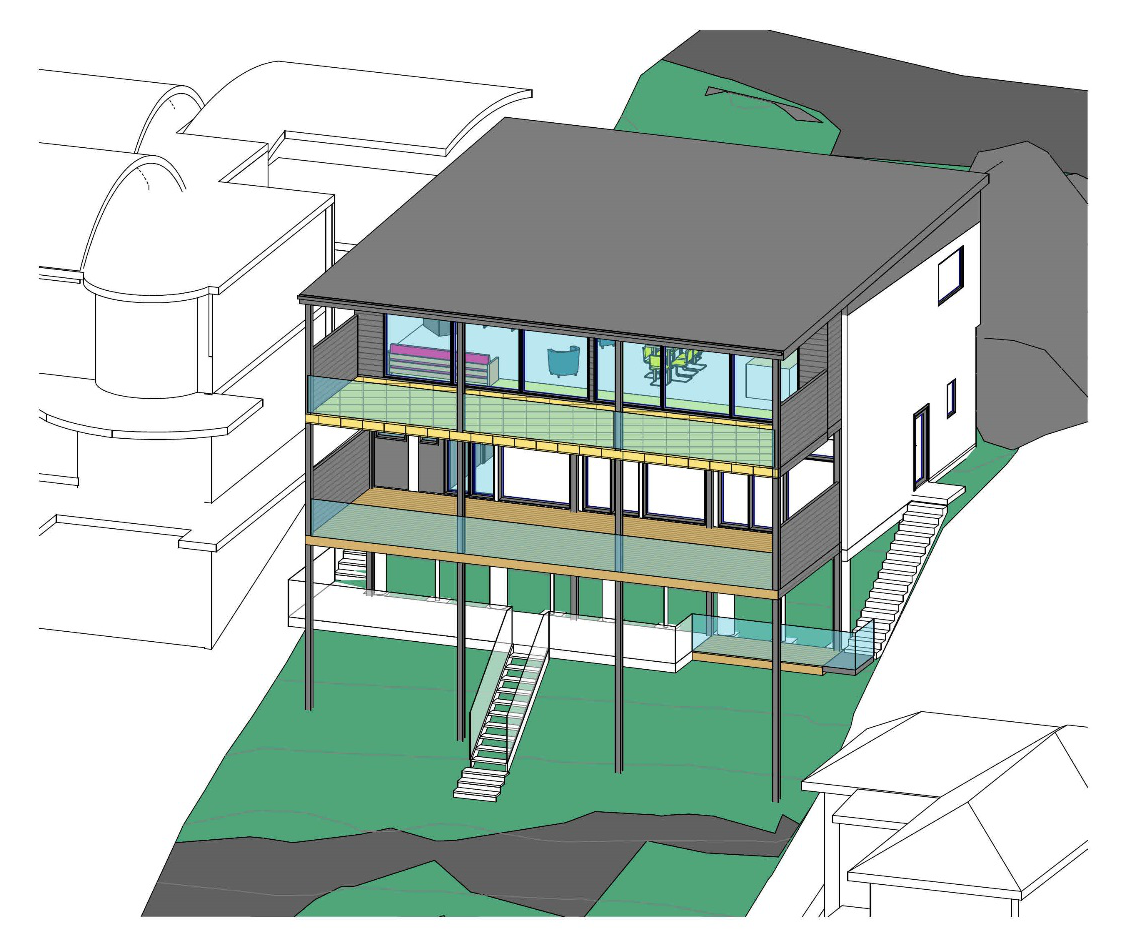 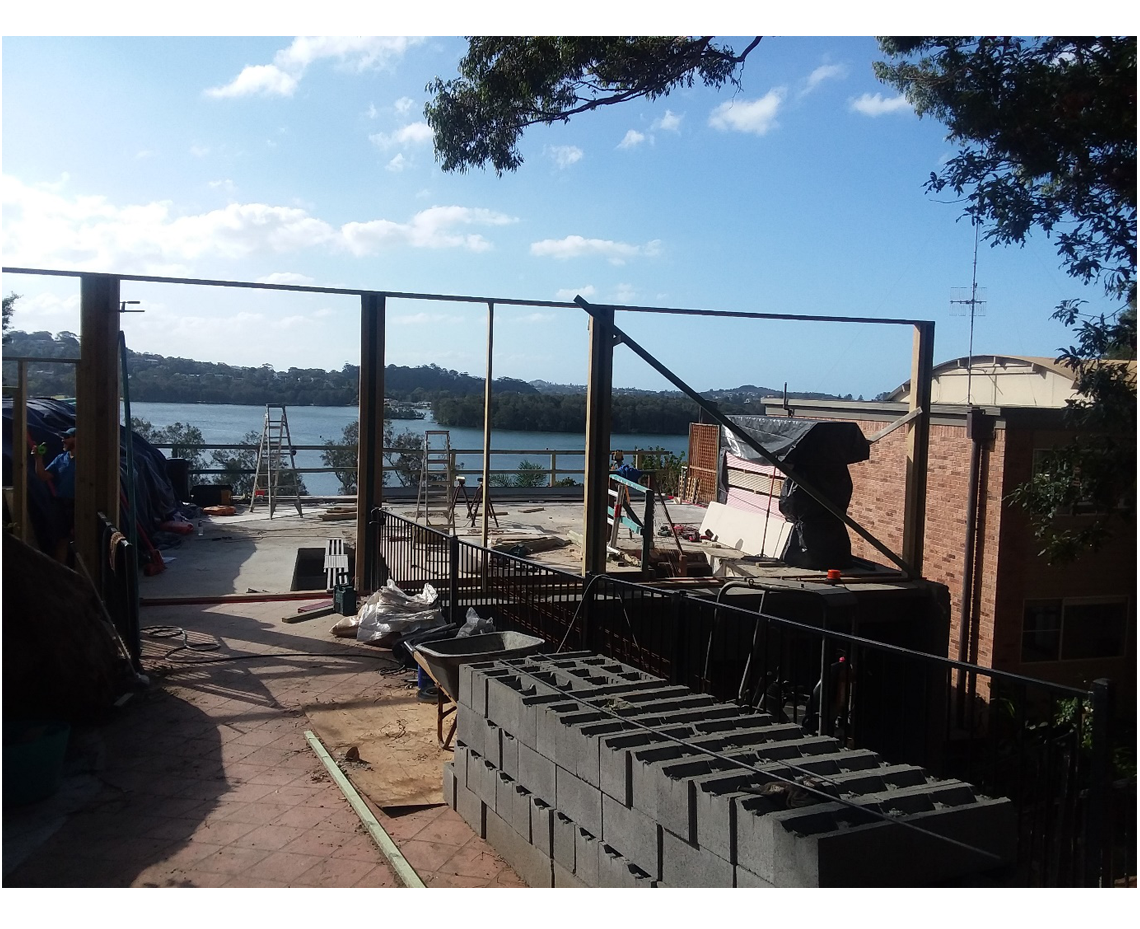 A shining light amidst the current doom and gloom is the building industry which seems to be carrying on largely unaffected, at least in the custom home category.

These 2 houses have recently been approved in the same street in Avalon, both with excellent water views, and both including secondary dwellings -one attached, one detached. Construction has already started on one with the other to follow shortly.

A shining light amidst the current doom and gloom is the building industry which seems to be carrying on largely unaffected, at least in the custom home category.

These 2 houses have recently been approved in the same street in Avalon, both with excellent water views, and both including secondary dwellings -one attached, one detached. Construction has already started on one with the other to follow shortly. 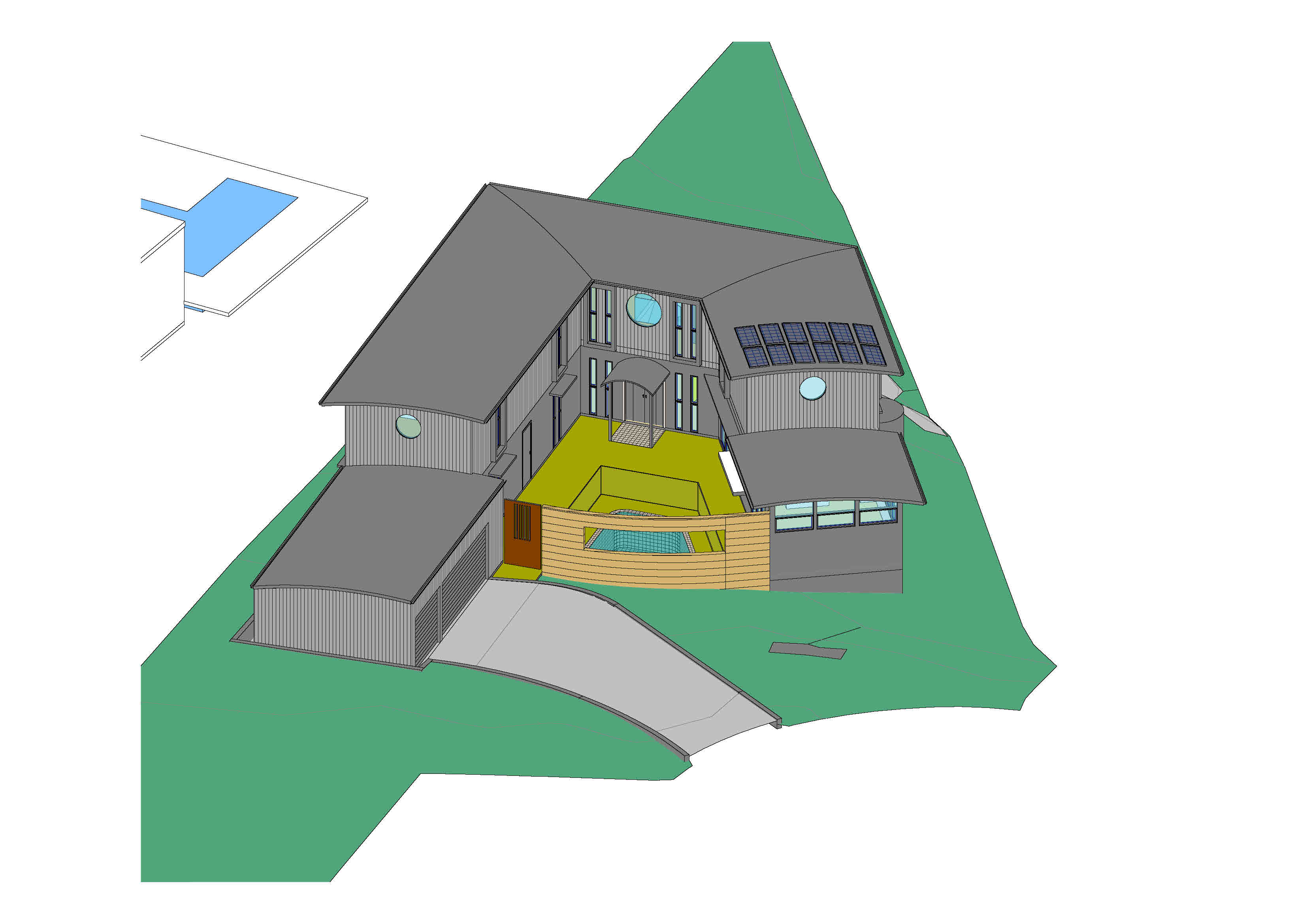 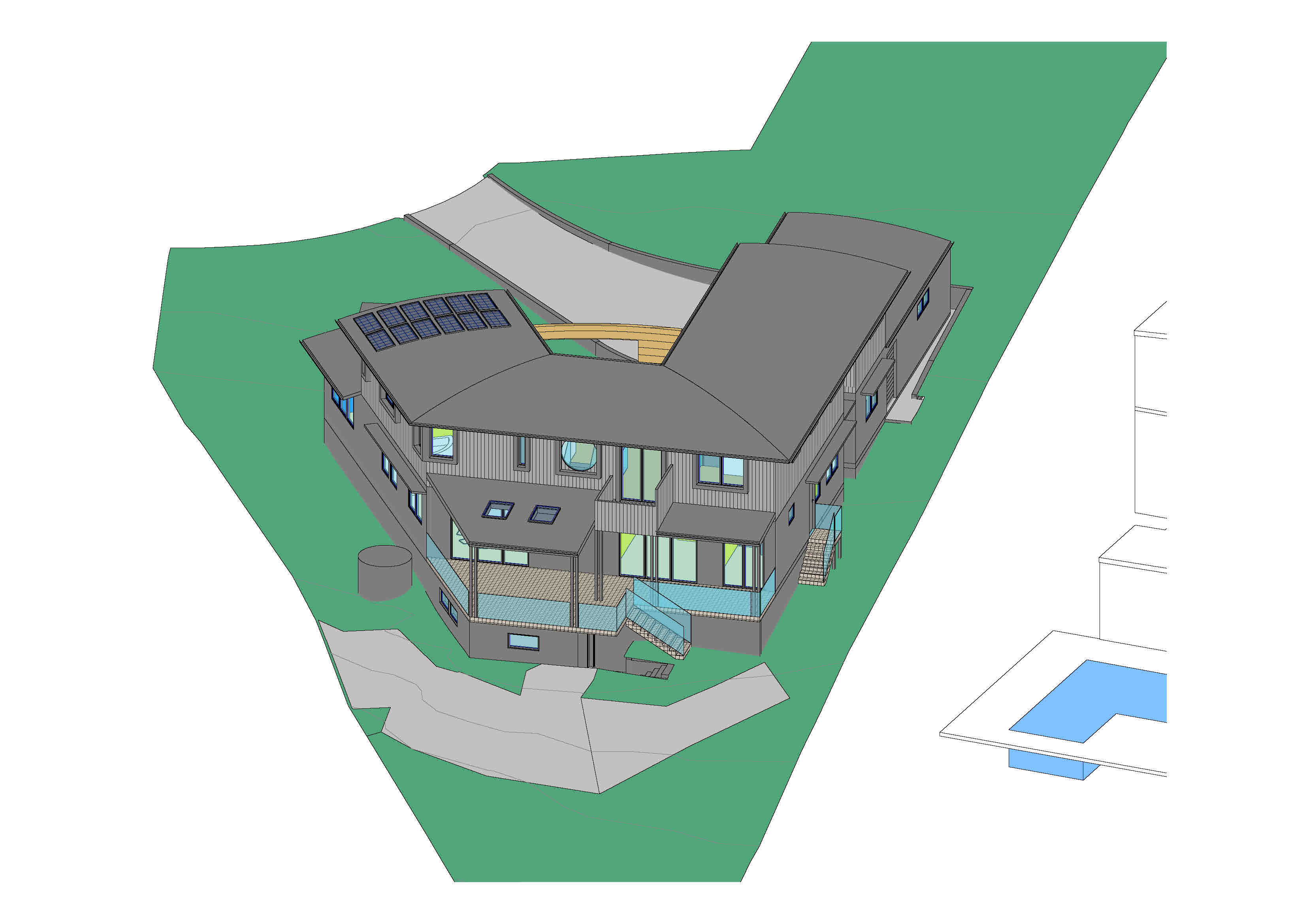 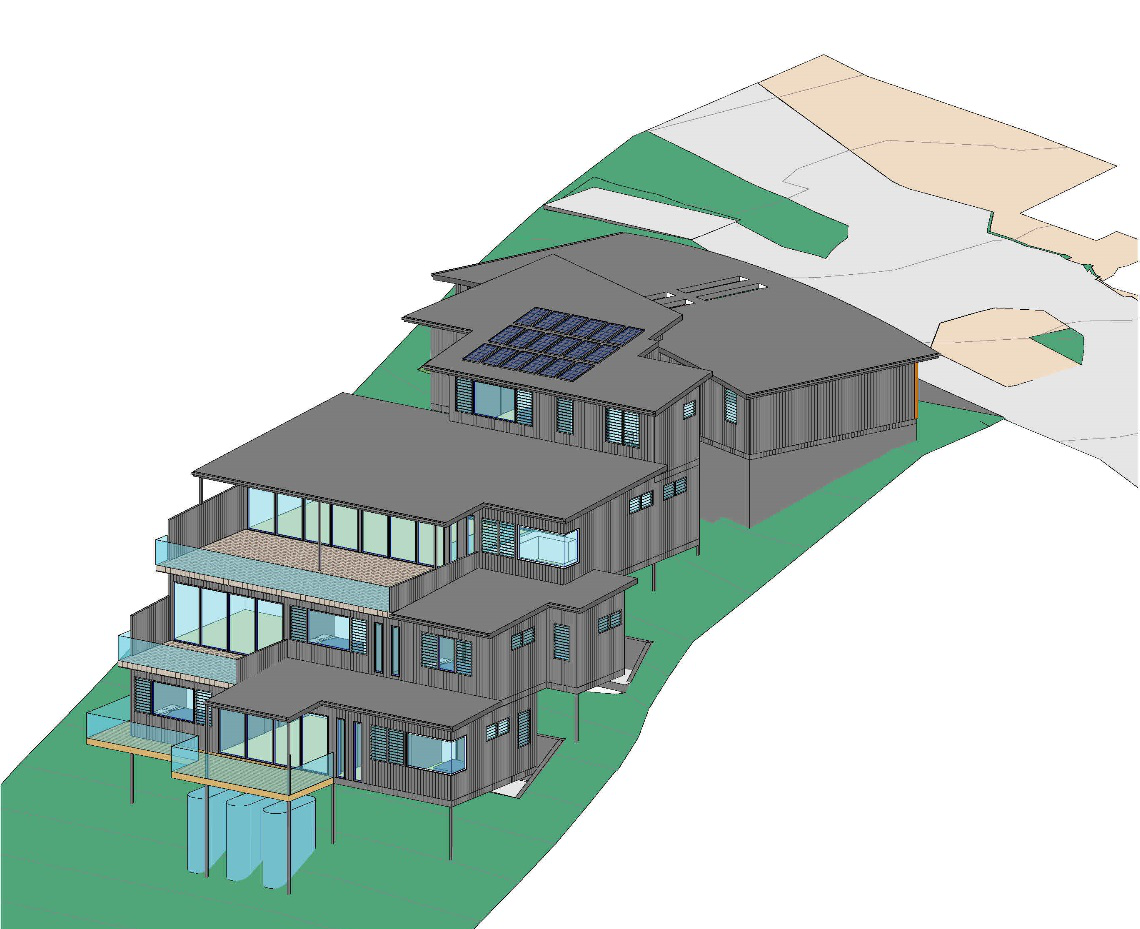 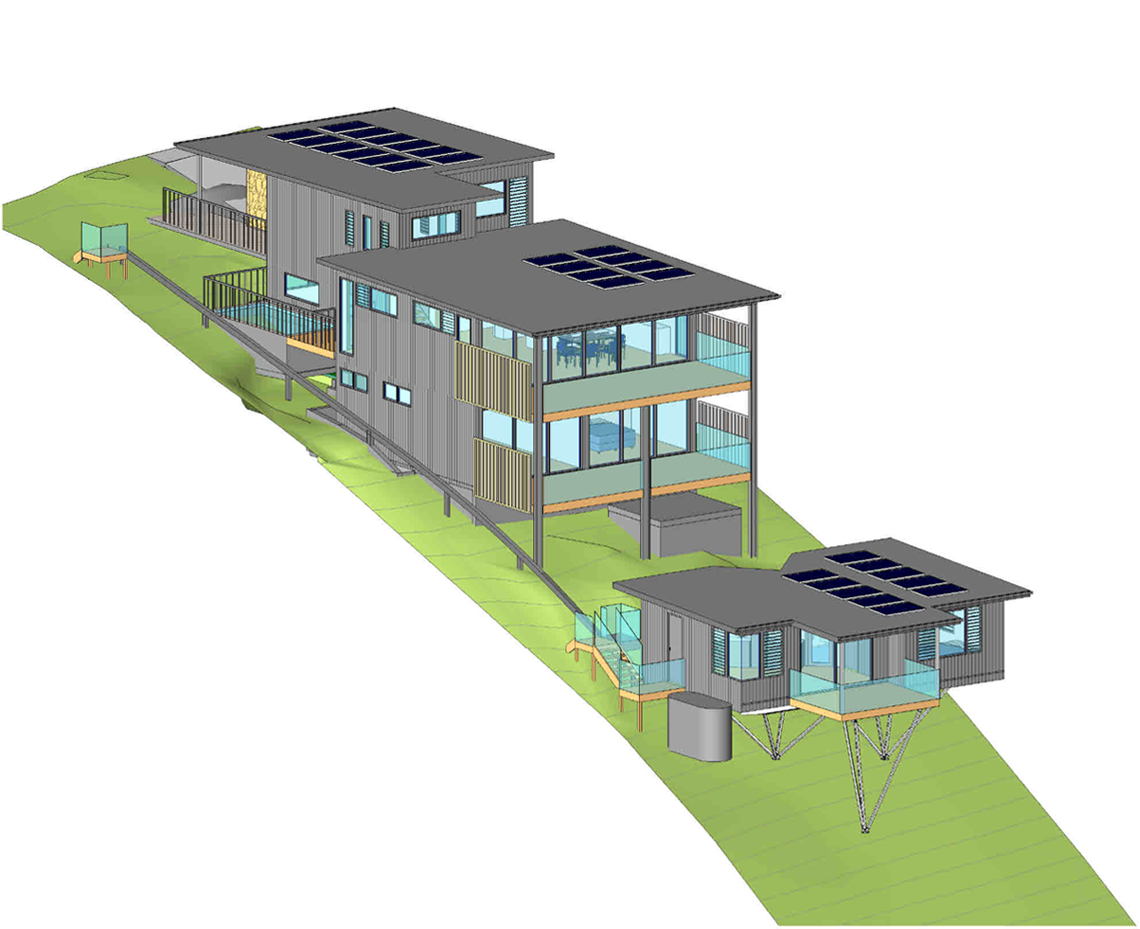